August has been a pretty wild month for me, I moved to a different country to start college in (the US), and there’s a lot of re-adjustments I had and am going through since I have never lived away from my family. There were times when I just wanted to go back and be in my comfort zone, but thankfully it didn’t take me long to realize I was being a baby and now, I’m feeling a bit more centered about this.

Anyway, this is a music roundup post, so let’s get to what new music I have been distracting myself from homesickness with.

Favorite tracks: again… ALL OF THEM

I went into this blind and just on the first listen, the over-the-top colorful production hooked me. Again, I am a big bubblegum bass apologist but it is undeniable that the producers did excellent work with making the beats sound so massive yet so colorful and detailed. Dorian’s fluid use of their vocal manipulation added even more to the infectious quality of the tracks. I also dig the occasional use of the whip crack sound-byte, it never sounds out of place and Dorian’s sensuality in their vocals is attention-grabbing, to say the least.

Not only is the sound of the LP progressive, but the lyrics are that too – Dorian tackles toxic masculinity (it’s pretty direct in Man to Man, Emasculate and Guyliner), talks about their flamboyancy in tracks such as the title track and FReAkY 4 Life, and of course, there’s the uplifting Adam and Steve. Even without going through the lyrics, almost every song here sounds like instant, sticky hits and the pacing of the album couldn’t be tighter. I don’t know, every time I put this on, I can’t help but let a massive grin tear my face – it’s that fun.

Also, I’m absolutely infatuated with Dorian’s over-the-top wardrobe and makeup in the MVs – go check them out. 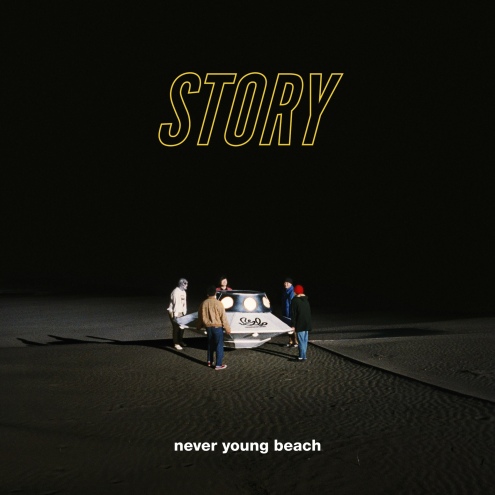 Remember my hype for Vampire Weekend’s Father of the Bride being the ideal springtime album of the year? Forget about that, this is my favorite springtime album of the year so far (although it’s way past spring), along with Satoko Shibata’s Ganbare! Melody. In my ears, it’s an ideal summer album as well. The instrumentation is tinged with vintage nostalgic warmth and freshness in the guitar and vocal arrangements – it couldn’t sound more organic.

Story is a very easy listen, and it definitely reaches city pop and iyashikei anime levels of comfiness. I don’t really have much else to say other than tell you to just find 31 minutes in your free time to relax to some of the most warmest J-pop tunes you might hear all year.

In my eyes (or rather ears), iridescence was a lightning in a bottle moment in Brockhampton’s discography – it was a melting pot of all of the group’s insecurities and emotions, it is amazing how they picked themselves up and delivered such a moving yet entertaining collage with that LP. From that, I thought Ginger could be a more coherent progress in maturity for the boyband – and it is – this album showcases a different and more centered Brockhampton. The boys are more contemplative this time around, and even the instrumentals are more toned down in energy but they still remain as riveting.

Most of this album sounds like the boyband is going through a proper readjustment phase with reflective narratives in tracks like No Halo, Sugar, Dearly Departed (Dom’s part about Ameer at the end was something else) and Victor Roberts. Still, there are glimpses of the “kooky” side of the group in songs like If Your Pray Right (the brass section is groovy), I Been Born Again, Boy Bye and St. Percy (which sounds like a cut off from their last album). While Ginger is the least ”immediate” Brockhampton album so far – the more I listen to it, the more fulfilling each listen gets.

I don’t listen to a lot of electronic music, but when it got featured on the RYM front page there was something about the album art that drew me to it. It turns out the music sounds similar to what the cover looks like, although the groove of the beats sound energetic, bright and fun – there’s also a strong presence of something sinister and ominous in the chaotic mixes.

Basically, the album sounds like it’s playing in a pre-apocalyptic rave, which reminds me that most of this album would be a great soundtrack to those parties in Devilman Crybaby. Go listen to it, it’s a fun time. By the way, House vs. House is one of my favorite EDM cuts of the year so far.

King Gizzard and the Lizard Wizard –  Infest the Rats’ Nest

King Gizz has done it again this year. I really enjoyed Fishing for Fishies, which was a fun, eco-friendly boogie-rock expedition, but I wasn’t ready for them to take another riveting hike through their rootsy thrash metal side. The bass textures and vocal manipulation allude to their signature psychedelic and stoner rock sound but the blistering guitar and the percussive tempo absolutely push their sound to that boiling thrash metal extreme. It’s really hard to talk about this album track-by-track because all of the individual cuts sort of melt into each other – but there’s definitely a dystopian narrative going on in the album that progresses from one track to another.

If Fishing for Fishies was a warning to not messing up the environment, the first four tracks of Infest the Rats’ Nest is the grim consequence of ignoring that warning, and the rest of the album seems to be about moving to Venus. Although the theming of this album feels better put together than their last one, there are points in the album where the repetitive instrumental motifs didn’t do much for me (unlike Fishing for Fishies). Still, this is pretty enjoyable for what it is.

Favorite tracks: Hate as a Trendy Endeavor, Crimson Stained Flowers, Not Another Piece of Art Bashing a Jock, Valleys of Endless Pretension, An Expose on a Feedback Loop

Ospreyshire (AKA Curtis) is a fellow blogger who has been putting out content of various forms (and blogs) for a long time, from sharply-worded poems and posts to obscure movie reviews and novels. Although I haven’t kept up with all of his work, his EP announcement caught my eye on the WordPress Reader and I checked it out when it released. It was punchy and gritty listen the first time around, and the more I listened to it, the better put together the EP felt. The scorn is real in Curtis’ delivery, the lyrics couldn’t be more sharply written, and the vocal manipulation just sounds right – and those couldn’t make the under 11 minute-runtime of the EP feel shorter. Hate as a Trendy Endeavor epitomizes my point about his vocal manipulation, the backdrop complements so well here.

An Expose on a Feedback Loop’s vocal performance employs repetition in a striking way. Even though I think the acousmatic backdrops could have done with more layers of recordings, tracks like Crimson Stained Flowers and Not Another Piece of Art Bashing a Jock stand as exceptions to that criticism. Valleys of Endless Pretension could’ve served better as a full-fledged parody of a run-of-the-mill post-rock song, but I like it enough as it is, or at least for what it was going for. Overall, this is a pretty impressive project and I can’t wait to hear more from him. 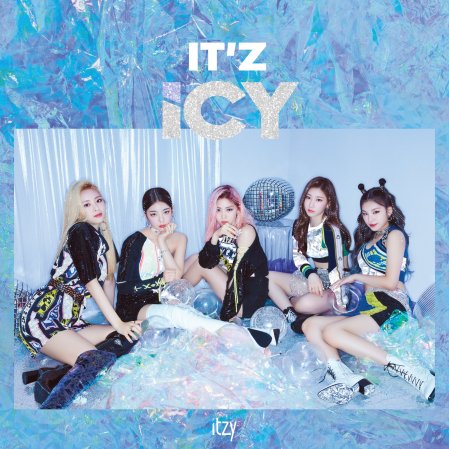 Frankly, I have grown kind of tired of Kpop, a lot of things get recycled in the industry and sometimes that’s not a bad thing – I’m almost always down for a fun bubblegum pop tune, but even so, they don’t have the playlist shelf-life to make me feature them here. Anyway, this Itzy release is definitely an exception. The production pops and sounds fresh as ever, it’s not cutting edge but at least it doesn’t sound tiring, formulaic drivel.

I also dig the empowering message behind the title track, but they could have employed some tact with the lyrics. Even the B-sides are fun – while they aren’t as “densely” produced as the title track, the skeletal breakdowns are enjoyable on their own, and the girls always have nice vocal chemistry. The remixes are pretty uninteresting but still, check out this EP.

I hear she’s coming out with a mixtape in September. Love the gummy bass on this and Slayyter’s got some eyebrow-raising presence – very raunchy in a way that reminds me of GFOTY.

Although I read somewhere the double LP was supposed to come out in August, it’s officially getting released on October 4th. Love is the first single off of it and it sounds amazing – the sweet clashing between the thunderous rolling, the stoner-rock-influenced sharp riffs guitars and the loose percussion, coupled with the sludgy vocal work lends to quite an entrancing listen. I can’t wait for their new album.

That’s all for today. See you soon (hopefully with an anime-related post).