Wow. I’m on time. If I write the post in bits and pieces throughout the last week of the month rather than rush it in one sitting, I can finish a post more efficiently – who would have thought! 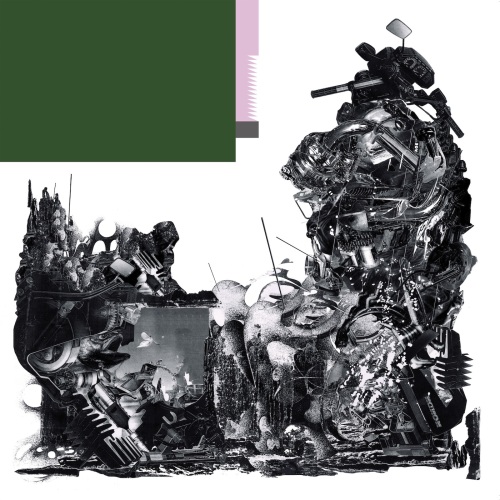 Favorite tracks: ALL OF THEM

Defining the sound of this album by genre tags is really difficult because black midi takes the chaos of noise rock, the texture and timing of math rock, Greep’s sharp, feverish and demonic ravings, and smartly arranged drum fills, and then metamorphosize them into a complete, dynamic album listening experience. For me, instrumentals-wise this album is undeniably addictive, almost every track uses repetitive chords and expands upon them (like in the geometric Speedway and the deranged bmbmbm) or transforms them within its length (as throughout their narrative of Western and throughout the delusional judge and defendent’s claims in Ducter). Speaking of narratives, almost each track takes a scene or a perspective and take the most absurd, catchy and cryptic way to frame said narrative/perspective, as they do with the pervert neurotically rages “What a magnificent purpose” in bmbmbm.

Near DT, MI has the raw spirit of a punk track with the searing tempo and guitar tone and Greep levying his anger about the Flint water crisis, and another instrumentally-punk Years Ago seems to stem from a similar place of scorn. Reggae is another worry-centric piece on “maybes” and comparisons, and I must say – the drums here are something else. Now that I think about it, a lot of the lyrical content on this record centers around self-reflection and how that’s sometimes lead you to… let’s say, unfavorable mental states, and maybe Schlagenheim is meant to be a channel through which the writer presents another layer of self-reflection: that’s pretty meta if that’s the case. Anyway, this album is stunning from front to back, and I’m still getting something new from the record every time I listen to it. Easily one of my top five albums of the year so far.

Favorite tracks: That’s Just the Way I Feel, Darkness and Cold, Snow is Falling in Manhattan, Margaritas at the Mall, She’s Making Friends I’m Turning Stranger, I Loved Being My Mother’s Son, Nights that Won’t Happen, Storyline Fever, Maybe I’m the Only One for Me

Again, I am not a big lyrics guy, but right from track one, Berman’s direct and sincere lyricism floored me. His writing is so humble but some of his lines just stick out like gems of profundity. Just to mention a couple of my favorites: “The end of all wanting is all I’ve been wanting” from the opening track and “How long can the world go on under such a subtle God” from Margaritas at the Mall. Darkness and Cold and She’s Making Friends I’m Turning Stranger epitomizes the helplessness he feels when things are not going the way he wants and the images he conjures are vivid, despite the bright and warm instrumentation backing it – and most of the track list, in fact.

The most notable exceptions to the upbeat instrumentals are in the chilly atmospheric song Snow is Falling in Manhattan and slow-tempo Nights that Won’t Happen where Berman thinks about how he will never spend more time with people who have passed away. Another track stemming from death, specifically his mom’s death, is I Loved Being My Mother’s Son, but the bright guitar chords and the warm percussion makes the song sound nostalgic and utterly crushing at the same time. The couple of tracks that end the album on relatively positive notes, with Storyline Fever being about how we tend to assign narratives to our day-to-day happenings and the closing track is about how he needs to accept his situation and learn to like himself – and that’s a good message to end this otherwise sombre album. Listening to this album is becoming more and more of a comfy experience (despite the themes), it’s a perfect album for a slow weekend afternoon… or during a road trip. 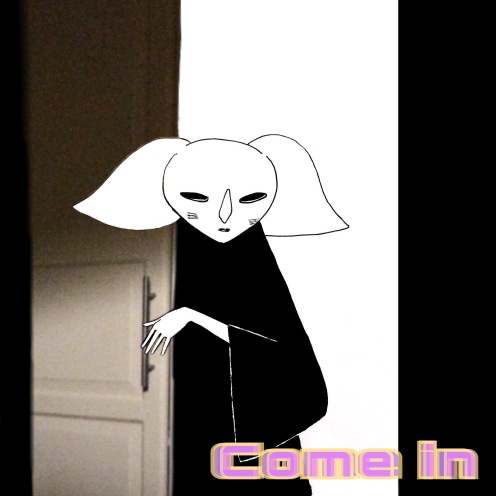 Favorite tracks: Come In, Older than Before, Mio Min Mio, Sleep In While You Are Doing Your Best, My Sputnik Sweetheart, Cut Lips, Water Dreamer the Same, Agatka, Porcelain Hands

First of all, the guitar riffs on this album are some of the most memorable ones I’ve heard in the year so far, a notable one being the opening (and closing) arpeggio that gives a gut-punchy and blazing start to the record – Come In is easily one of my favorite openers for albums this year; and then there’s Water Dreamer the Same’s bright opening guitar passage. Then there’s Older than Before, Mio Min Mio, and Agatka with those catchy opening guitar riffs that just makes listening through the album feel such a tightly paced experience.

Sputnik doesn’t use the rough lo-fi aesthetic as an excuse to not deliver on the technical fronts, like I said, guitar work: phenomenal, drums are blistering and crunchy, the bass is muddy in just the right way, the phasic song structures are brilliant – almost all the tracks have phases in them but it is primarily epitomised in the album’s centerpiece My Sputnik Sweetheart. The vocals are rarely one-note despite the karaoke-like effect on them, they carry so much emotion and heart – it’s not an overstatement to call this album technically well-crafted (for its aesthetic of course). Porcelain Hands ends the record with a bang by circling back to the riff from the opening track. Thanks to the rough production, there’s a sense of warmth every time I listen to this, and it makes me revisit it all the more often. I recommend you to give this a try despite its genre tags. 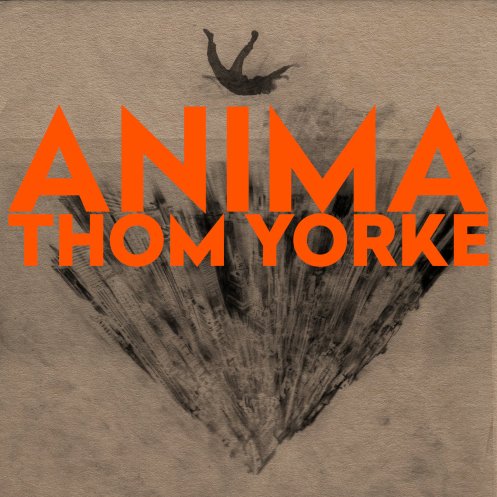 Favorite tracks: Traffic, Twist, Dawn Chorus, I Am a Very Rude Person, Not the News, The Axe, Impossible Knots

Mr. Yorke’s voice on this album mostly sounds faint but it is complemented by lavishly textured production to make listening to it a great hypnotic experience. And the use of repetition of the synth samples, the breakbeat tempo and the airy vocal effects only add to the entrancing effect of the album. The percussive sequences and the synth textures are toe-tappingly amazing in tracks like Traffic, Twist, I Am a Rude Person, Not the News, Impossible Knots and Runwayaway.

Whereas there are songs like Dawn Chorus, Last I Heard and The Axe where Yorke sounds introspective and there are beautifully mixed and toned synth ambience as backdrops. The entire album feels cohesive from front to back and the more I listen to it, the more I love it. I would recommend listening to it on earphones/headsets just to listen to the rich production up close, and I think it’s perfect for calming me or winding me down after a restless day.

Also, I just watched the ANIMA film (directed by PTA) and it’s already a favorite of this year. The choreography throughout the entirety of its 15 minutes is incredible and breath-taking.

Just like the album art, the sound of this album is fiery with its wild punk side and tender pink with its emotive power pop side. Although I liked the rougher and wilder punk cuts over the softer indie pop ones, I still enjoy the cut-throat straightforwardness she is with her vocal delivery in Patience, Drunk II and Fear + Desire, but instrumentally there’s a bit more to be desired.

Cream’s “I’m standing in the gates of my hell” chant is super catchy and the thick guitar complements it like… whipped cream. Clams and F.U.C.A.W. wind up an energetic storm of shrill guitars and Marisa’s unrestrained delivery, the album hit its punk peak right there. The closing track sounds like a standard indie rock piece and Marisa’s slightly washed out vocals don’t really help with my enjoyment of the track. Still, there’s definitely a lot more on this record to love than dislike.

This is my first exposure to Passepied, so I don’t have much in the way of contextual commentary but while the album feels slow and “standard” at points, by the end it really comes together as a solid body of work. Like most good pop rock albums, the instrumentals are busy – the guitars sound glitzy, the hooks are catchy, and the bright synths juxtaposing the controlled bass and drums in playful ways (this is the case especially in the second half of the record).

I don’t have much to say other than that this is quite a fun pop rock album, and I am looking forward to exploring this band’s previous discography at some point in the future. 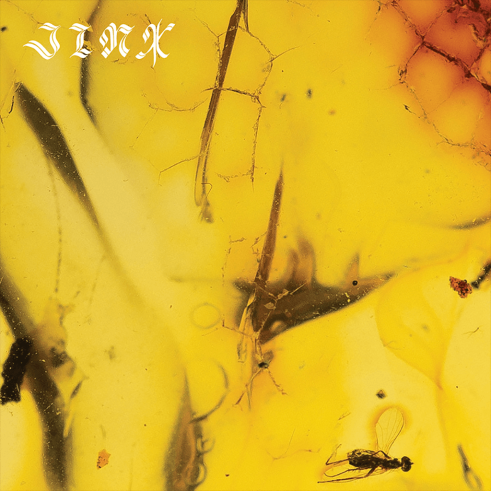 I was looking forward to this release after coming across their wonderful teaser track Nina, but I wasn’t as enamored with this album as I was listening to Nina. While Jinx isn’t bad per se, it doesn’t feature enough variation in here to warrant an interesting album experience – for a solid half of the album, the same pretty guitars chime through the smooth bass puddles around with a similar drum tempo keeping up with them.

These dreamy psychedelic pieces are curated well but listening through the tracklist doesn’t feel as flavorful the next time through. Nevertheless, there are tracks I am not tired of upon repeated listens, like Nina, Ghostride, M.R., And It Never Ends, and Faces – because each of them have small things that make them stand out from the others. Anyway, if you are into dream or psychedelic pop I would give this a recommendation. 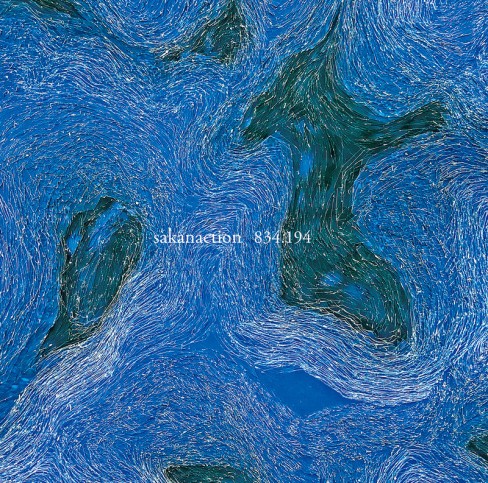 This feels pretty bloated and, frankly, listening through it is a chore. The production is overly frilly, too many effects awkwardly pop up in bits and pieces throughout the album, which ruins some otherwise nice songs and makes some tracks overstay their welcome, especially in the latter half of the album.

This mix was played during a NTS Radio broadcast and, although there hasn’t been an official release of it yet (it’s been more than a month), there’s some decent rips of it on Youtube and Death Grips promoted one of them on their Twitter – so it doesn’t look like they are planning to release it on streaming platforms anytime soon. Anyway, this mix is relentless, the pacing is frenetic with vocal and synth samples appearing and dissolving away to make room for more, and the raw, crazy drumming is the soul of it. It’s a fun time, and if nothing else, Gmail and the Restraining Orders is a melting pot of some of Death Grips’ freakiest and out-there sonic aspects.

I don’t really have any singles to share for this month, I was pretty content with just cycling the albums throughout last month. Alright, that’s it for today. Thanks for stopping by.