Wow, I’m kind of not late for this.

You know what goes on in these posts – these are basically landfills of my music impressions and recommendations. So let’s just jump into this one. 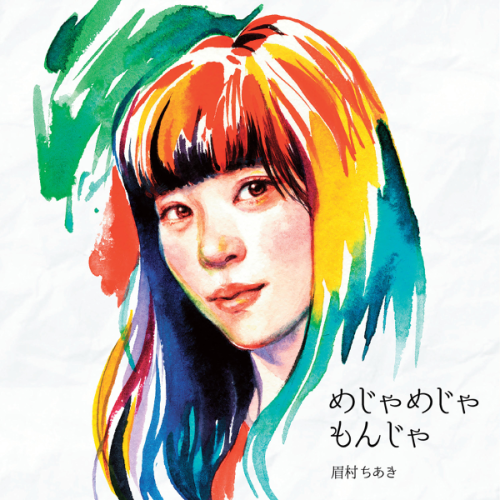 Favorite tracks: ALL OF THEM… except Bravo

I wrote a full review on this album, you can read it here.

tl;dr: It’s great. It blows my mind how many different genre-flavors Chiaki packed into this LP without making it feel bloated. Almost every track has meticulously curated production behind them, and of course, Chiaki’s vocal range is as dynamic as ever. 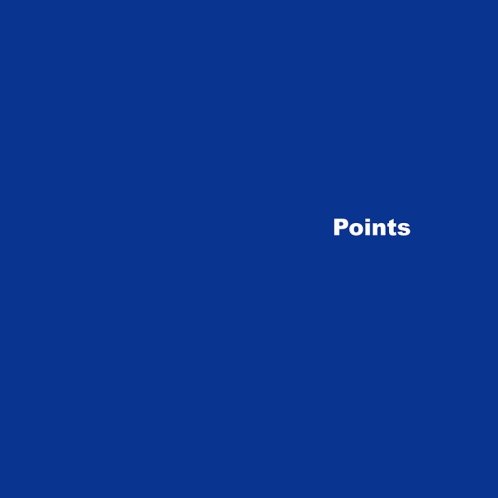 Favorite tracks: Shizuka no Umi, Can You Feel the Change of Seasons?, Sign, YOLO no taki, Cream Soda no Yuutsu, Ikutsu ka no yoru, ikutsu ka no sayonara

I got introduced to this shoegaze/dream pop idol group with their first album last year through a YouTube channel called Asian Shoegaze. That’s a nice album, there are some nice noisy, shoegaze cuts but most of the tracks sound, albeit the vocals being breezy, more like your standard synthpop tracks against a wallpaper of these dreamy rock instrumentals – the marriage between techno pop and shoegaze didn’t feel completely comfortable.

But with this album, the producers put forward a more compelling type of sound (mostly) heavily centred around the dreamy, shoegaze aesthetic while still working in playful pop elements; some of my favorite moments on the album being repeating riff in the opening track, the playful and the ethereal vocal mixing in the closing track. Of course, electropop doesn’t go completely neglected – Sign and YOLO no taki being finely produced as they are, with Sign adopting a more bubbly techno sound and the latter sounding more industrial; it’s a nice contrast.

And with Cream Soda no Yuutsu taking a light RnB approach, all in all, Points makes more a short yet dynamic listen – actually, I think the length of this album is perfect. Apparently, this is Dots last album (they disbanded even before the release of this) – it’s sad to see them go but I’m glad they ended on such a strong release. I recommend it if you are interested in what a shoegaze idol group would sound like, because that’s what got me into checking their music out. Fishing for Fishies is the prolific Australian psychedelic rock outfit’s gazillionth album (actually, it’s the 14th). I discovered King Gizz last year and listened to a few of their albums, namely Nonagon Infinity, I’m in Your Mind Fuzz and Polygondwanaland. In comparison to these albums, the sound of this album is starkly different which isn’t much of a surprise since they are known for constantly changing styles for each LP-length project. This time, King Gizz experiments with the vintage sound of boogie rock, while infusing their electronic and robotic vocals in the mix. But it’s hard to just describe the sound of the album in a few sentences, it’s really dynamic and changes track by track – from dreamy folk in the title track, to ecstatic boogie-ventures in Plastic Boogie to the phasic instrumentation in Acarine to Cyboogie’s fun robo-boogie cut and so much more in the middle that I can’t really describe in a short format like this.

Apparently, the lyrics here are eco-friendly and, while I wish that they fleshed out their environmentalism-favoring lyrical and thematic ideas a bit more in the tracks, I cannot deny the textured fun instrumentation and how much work they seem to have put into the tracks to make for a well-paced, compelling album listening experience. Seriously, album listening experience-wise, I would put this second to only Nonagon Infinity from the four I’ve listened to so far. And it’s still growing on me.

OOHYO: Far From the Madding City

It’s rather unfortunate I wasn’t aware that Oohyo had dropped her sophomore album in April, but I’m really digging the dreamy-synth-pop-infused-with-chill-RnB atmosphere of it. The LP is kind of a left hook out of nowhere because she paints this escapist painting of introspective isolation pretty convincingly. Right from the first track up to Swimming, Oohyo rarely falters with consistency in terms of prime synth choices and her lush vocals.

Highlights being the pattering synth progression throughout Naive, the harmonization between the strings and Oohyo’s vocals in the chorus of A Good Day, the piano in Brave and her experimental production in Swimming. The LP’s freshness gets a bit stale in the last quarter of its run, but Ramen and Reggae brings it back with some funk. Overall, this is a solid album and I recommend to anyone looking for some good indie synth pop backed by soothing vocal performances. By the way, the album cover complements the “alienation” theme of the album really well.

Vampire Weekend: Father of the Bride 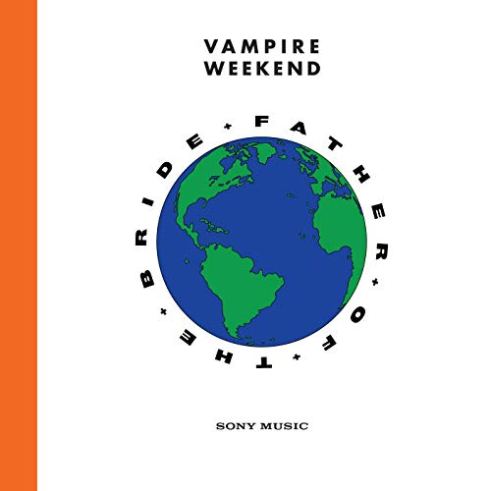 As I mentioned on my previous roundups, I was really hyped for this double album because I am a fan of their music (especially Contra and their self-titled LP) and it’s been 6 years since Vampire Weekend has put out any music. Well, this is a pretty good release. Sure, there are some tracks, or parts of them, that recycle ideas and feel redundant (like Unbearable White), but none of the tracks are unlistenably so. The instrumental backdrop feels fresh; where the one half sounds uplifting and features good springtime music and the other half takes kind of a more moody, introspective approach.

I love the springtime textures in Rich Man, Harmony Hall, Flower Moon and This Life; all the Danielle Haim and Steve Lacy features are nice. I wish Vampire Weekend either took more risks in their stylistic presentation or fleshed out their ideas in the shorter tracks a bit more (like Big Blue and Spring Snow) – that would have made for an even more exciting LP. Still, I don’t find myself put off at all by this album, it’s great music to put on the background to de-stress with. 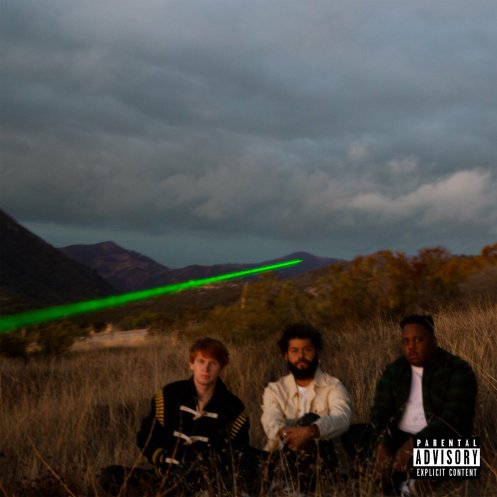 Recently, I watched the trio’s Koruna & Lime MV and I instantly loved their whole “vibe”. Each one of their teaser tracks are packages of playful glitchy production backed with just great bars. And upon checking out their other recent singles, I became more hyped for the album. While my initial impressions of the album weren’t positive, mostly because I think the production gets watered down in the latter half of the album, personal cuts like Wax On and What a Year It’s Been grew on me.

Still, I think the album is a bit spotty – like the interludes don’t really do anything for me in terms of album listening experience, and tracks like Rap Song Tutorial and New Hawaii don’t sound as “complete” like the tracks from the first half. I think the tracks from the first half set a really high bar for the album, and I really didn’t find the album as groundbreaking from the seventh track onward. I loved the jazzy Three Man Weave, though – couldn’t ask for a better closer. The Rico Nasty and Amine features on Jawbreaker and Jailbreak the Tesla are awesome. Despite the shortcomings, I would still recommend this album because for me, the catchiness of the first half outweighs the spotty latter half in terms of overall enjoyment. 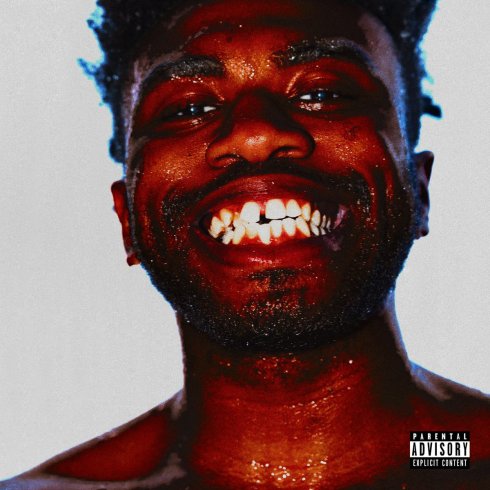 Being a big fan of Brockhampton, I was interested in this solo project from Kevin, and I’m not too disappointed with this. Romil’s production is as icy and experimentally compelling as ever, with a bit more of nostalgia and a sweet tinge of sunset is added to the sonic palette this time around. Kevin’s verses in Georgia, Corpus Christi, Baby Boy and American Problem add personality to the album and those tracks are sort of the emotional core of this project.

Then there are just nice summertime tracks like Big Wheels, Mississippi, Peach and Boyer – Peach is an absolute earworm. As for the other tracks, they don’t sound as fresh as the others because they sound kind of scant and repetitive (like Joyride, Use Me and Crumble). Other than that, I think it’s a pretty neat album and worth recommending to Brockhampton fans. 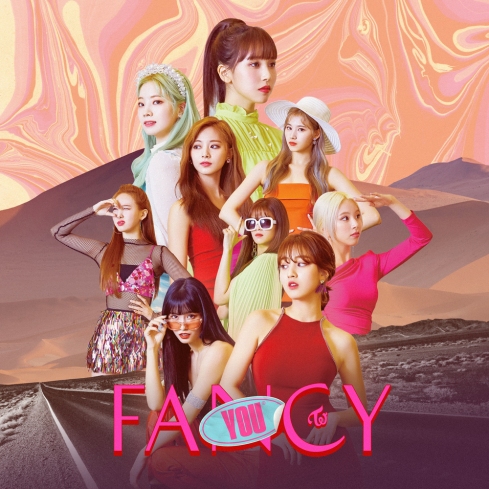 Favorite tracks: Stuck In My Head, Hot, Turn It Up, Strawberry

I didn’t think I would like a Twice EP after 2017 ended, when they put out their debut album – it was unlistenable and unmemorable. I stopped following the Kpop group closely, still, I liked Dance the Night Away track from last year, their B-side game was still bad. But with this EP is undoubtedly their best release yet, I am glad that JYP has veered the group away from the cutesy-cosplay concepts to something that doesn’t alienate their fanbase yet reel in the interest of fans who got bored of their go-to concepts. Fancy You’s sound packs a lot more sass than usual while still adhering to the catchy hooks. Even the tracks that I am not too hot on, like the title track and Girls Like Us, are listenable at worst. But the other tracks feature really fun, dynamic instrumentals – the production is pretty tasteful. The girls’ performances are nice too, the rap sections actually have a compelling attitude in them this time around. Really enjoying this release.

I am not head over heels about this single, I don’t like the B-side all that much either. But the title track has a powerful hook and the girls’ vocals harmonize really well. I love the MV, the wardrobe (during the dance) is gorgeous, that purple-pink-black color coordination (very Seiko-like) looks great and the choreography is pretty expressive, as well.

The intro was stuck in my head for a good couple of days. The song has a nice groove to it, not to mention the bass in the chorus, and the chant samples are a nice touch, too. It’s an earworm, for sure.

Oh My Girl: The fifth season

This might be one of my favorite tracks that the group has released recently – it’s a dreamy pop ballad with a nicely built-up hook backed with strings and old-Gfriend vibes. I wished the tracks on the album were as coherent and refreshing as this, but that’s not the case, sadly. Love the track Checkmate though, very sassy and the brass and breakdown added even more fun flavor to that song.

Still haven’t listened to ZUU, but this track is fire. Really dig the tribute to parents in the hook – very wholesome… ok, maybe not that wholesome.

Okay, that’s all. Have a nice day/evening/… uh, sleep?